Some time ago, a friend of mine (an avid bow hunter) wanted to build long bows. Having been a woodworker for many years, I was intrigued. We set off to build long bows -- just another way to express the builder and creator within us. The first bow we built was a 28 lb. laminated bow for my 11-year-old son. As with any project, there is more to it than what is seen from the surface.

A close look at the bow shows there are 4 layers of wood, the inner two layers are of Osage which has properties that help the bow retain its shape and provides compression of energy to be released when firing the bow. The outer two layers are of Ash, helping add strength and giving the bow an artistic look. The handle, called the riser, is Zebra wood. The riser has to be a very hard wood so that it retains its shape, allowing the energy of the bow to build in the limbs. The tips of the limbs where the string connects has been strengthened with deer antler to give the tip its needed strength to withstand the tension put on it from pulling back the bow.

Finely Crafted 28 Pound Laminated Longbow[/caption] As with building design, the parts of the bow provide specific aspects of the design. The riser has to have the structural integrity supporting the other parts of the bow. The limb tips have to meet the structural needs for the poundage of pull the bow is designed for. The limbs must be able to compress and hold energy to be released, all while retaining its shape over the years of use. And yet the zebra wood of the riser, the deer antler at the tips, and the ash wood on the limbs all have an artistic look, making the bow functional -- but a piece of art at the same time. Not unlike architecture, some parts of the bow are for structure, others are for aesthetics and some are for both. Whatever the medium, the things we produce make us all builders and creators.

Here at Ideate Software, our desire is to build applications that allow the A/E/C community to be the builders and creators they want to be, helping them be more effective as they express their ideas with their medium. 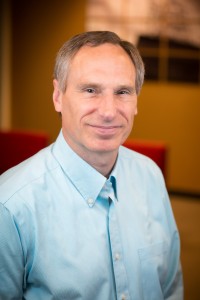 Hank DiVincenzo - Senior Software Engineer
Hank has been a Software Engineer for over 18 years. With a Bachelor's degree in Computer Engineering, he has developed applications for a variety of companies including Sequent Computers, IBM, Intel, and iMove. The application domains developed range from Computer System Control, Wireless Networks, and Immersive 360° Video, developing in both Linux and Windows environments. Most recently before coming to Ideate, Hank worked on Immersive 360° Video applications used for Situational Awareness within the National Security Agency and Department of Defense. Hank is currently working to further develop Ideate's Ideate Explorer for Revit and Ideate BIMLink applications, along with any expansion to Ideate's application suite.

Would you like to ensure the legibility of tags, dimensions, and other annotative elements by reviewing clashes? L… https://t.co/E7Vsyhhhwf

#HLW uses #IdeateSftware tools to focus on innovative and creative thinking -- and less effort on time-consuming an… https://t.co/WmPv5uLPr6

If your design team spends a lot of time on #RevitData management tasks, you may not be realizing the full value of… https://t.co/EqSWdUsrNg