As part of the Keynote address on Thursday, July 23rd, Jim Balding brought to the stage the two founders of Revit Technology. (Leonid Raiz and Irwin Jungreis) A lot has changed since Charles River Software was formed in 1997, became Revit Technology in 2000, and was then acquired by Autodesk in 2002. Many "war" stories were told about the early days of Revit, and the early customers who signed up with the infant technology. Jim Balding, the event chairman of RTC North America, sat behind the "interview" desk and asked the two founders some intriguing questions about the early days. (Did you know it was originally going to be called Perspective?) One by one, Jim invited original Revit Technology employees on stage for a short interview and tidbits about the early days. Ideate Software's own Technical Evangelist, Richard Taylor, took his turn on the interview couch.

"It was a huge honor and quite humbling to be onstage with so many people that changed the profession of architecture, engineering, and design in such a dramatic way," said Mr. Taylor. "No one could predict the huge impact that Revit would have on the industry back in 2000 when it was first released. It's quite an honor to have the experience of working on Revit for over 15 years and being able to see the vast changes from the prerelease software to the current version. I'm thrilled to be part of Ideate Software and continue that tradition of innovation, productivity, and efficiency as we work to enhance the BIM experience for our customers."

Some of the Orignal Revit employees with the two founders, Leonid and Irwin seated on the lower left of the group. Ideate Software's Richard Taylor, third from the right on the couch. 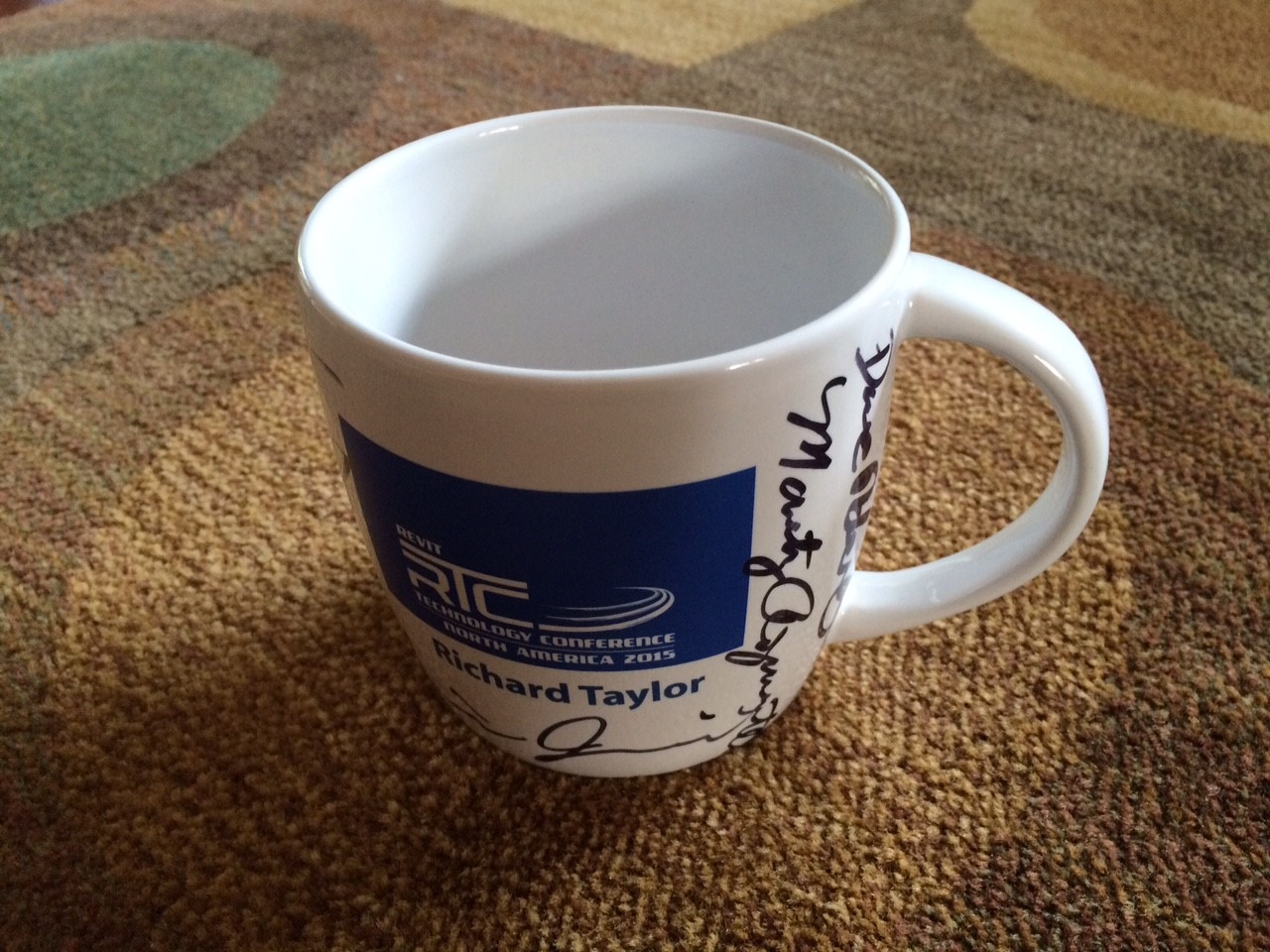 Conference Mug with signatures from the Revit founders and early employees.

As many people know, Ideate BIMLink is a great tool for extracting data from…

Our #Revit productivity applications are available in Spanish. Visit the Spanish version of our website to learn ab… https://t.co/mGW1xLwyax

Ideate #BIMLink is a great tool for extracting data from your #Revit model to Excel, making changes, & pushing that… https://t.co/94Om13xpCG

As #architects, #engineers and #designers search for their next jobs, they'll be looking for opportunities to devel… https://t.co/RtMx1DnhBL

Our customers mean so much to us. Learn how they keep their #BIM data & #Revit models clean -- at our Spotlight pag… https://t.co/QZhn1AWW8J